Rise of the machines: Australia’s crane count adds up

Three Australian cities have notched up their highest crane count on record and commercial cranes are increasing in number nationally, according to new data.

The latest Rider Levett Bucknall Crane Index shows there are 684 cranes across Australia.

More than half, 346, stand in Sydney and three-quarters are in Sydney and Melbourne. Melbourne’s 67, Hobart’s five and Newcastle’s 10 cranes are the cities’ highest ever numbers.

Cranes operating for the commercial sector increased in number nationally by 21, or 68 per cent.

For the first time, the twice-yearly report includes the Sunshine Coast, where 10 cranes stand on the skyline.

In Sydney, the total number of cranes has dropped by four to 346 — the first dip since RLB records began in 2012. 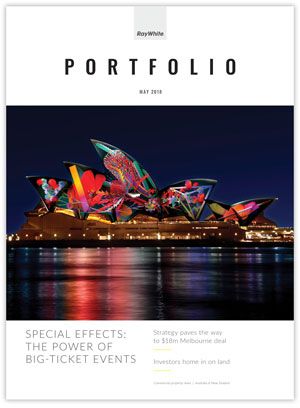 Residential cranes still dominate skylines, accounting for 73 per cent in total in Sydney — where 253 cranes were counted in 103 suburbs — and 51 per cent across Australia.

In Brisbane, the slowing mining sector and a surge in residential apartment completions have been linked to a 21 per cent reduction in crane numbers.

“Taking into account that the high apartment approval levels of 2015 were a catalyst for the rise in crane numbers from 2016 to early 2017, it seems that the large growth in development over the past two years has been largely completed,” Stephen says.

“We foresee a more stable level of development for the next period to come.”

The key sectors of commercial, civic, civil, education, hotel, mixed use, recreation and retail all recorded a rise in the number of cranes.

Since the last RLB Index was released in the last quarter of 2017, commercial cranes increased across Australia by 21 to total 52, hotels increased by four and the mixed-use sector added five.

Excluding the residential sector, there are 166 cranes standing in Australia compared with 92 at the same time last year.

Significant projects which have had cranes installed in the past six months include Hobart’s Parliament Square; the new Victoria Police Centre at 311 Spencer Street, Melbourne; Westfield Kotara near Newcastle; Perth’s Ritz Carlton hotel; Barrack Place at 151 Clarence Street, Sydney and the Sunshine Plaza project in Maroochydore.