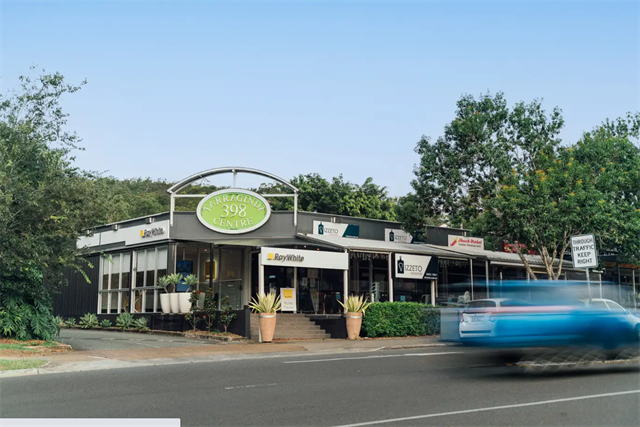 A PRIVATE investor from interstate has purchased a fully leased retail centre in the Brisbane suburb of Moorooka as 398 Tarragindi Road sold for $5.69 million under the hammer.

The property comprised a complimentary mix of nice national and local operators and featured a strong tenant retention history with some tenancies leased for over 20 years without vacancy.

“The sale price reflected a yield of 5.92 per cent and the marketing campaign attracted more than 120 enquires,” Mr Jones said. “We had nine registered buyers on the day, with bidding starting at $4 million. After a further 25 bids, and being called on the market at $5.64 million, the hammer fell at $5.69 million.

“It was the first retail centre in metro Brisbane of its kind to be publicly offered for sale since before the COVID-19 outbreak,” Mr Feltoe said.

“It is well publicised that single tenanted investments have been selling very well, but there have been minimal transactions throughout QLD of similar retail centres,”

“So we were very interested to see how the market viewed this asset class and clearly from this result it was very much desired.” “In recent years these assets traded in the six and seven per cent brackets, however we have continued to witness a continued trend of yield compression,” Mr O’Keeffe said.

“This is a byproduct of multiple reasons but the primary drivers are due to the record low cost of debt and low levels of investment grade assets available for sale.”